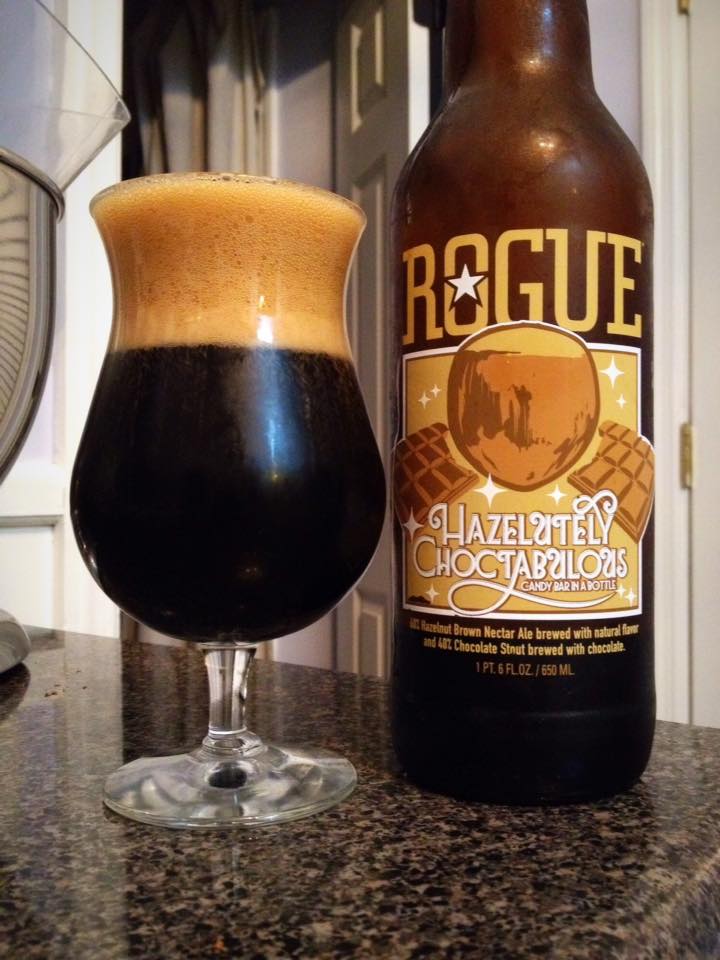 Rogue Hazelutely Choctabulous is a blend two Rogue beers, 60% Hazelnut Brown Nectar Ale and 40% Chocolate Stout. It seems local Rogue fans have been blending these two beers for a while now, so an official version has been brewed by the company. Bottle provided for review.

The beer pours with an extremely dark brown color and a solid tan head the hangs about in my tulip glass really nicely. Hazelnuts and sweet chocolate dominate the nose, which in all honesty is not unexpected. This is advertised as a “Candy Bar in a Bottle” on the label, but I think that is a bit of a stretch. It’s a tasty beer though dominated by mostly… well chocolate and hazelnuts! There is a surprising amount of bitterness on this beer as well. It’s not an unwelcome bit of balance, but it isn’t very reminiscent of a candy bar.

Enjoyable beer overall. If you like either of these Rogue beers, or what they brew in general, you’re going to be into this one as well. 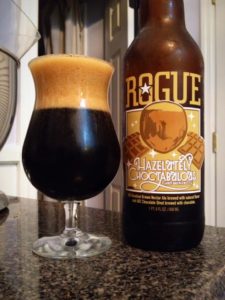