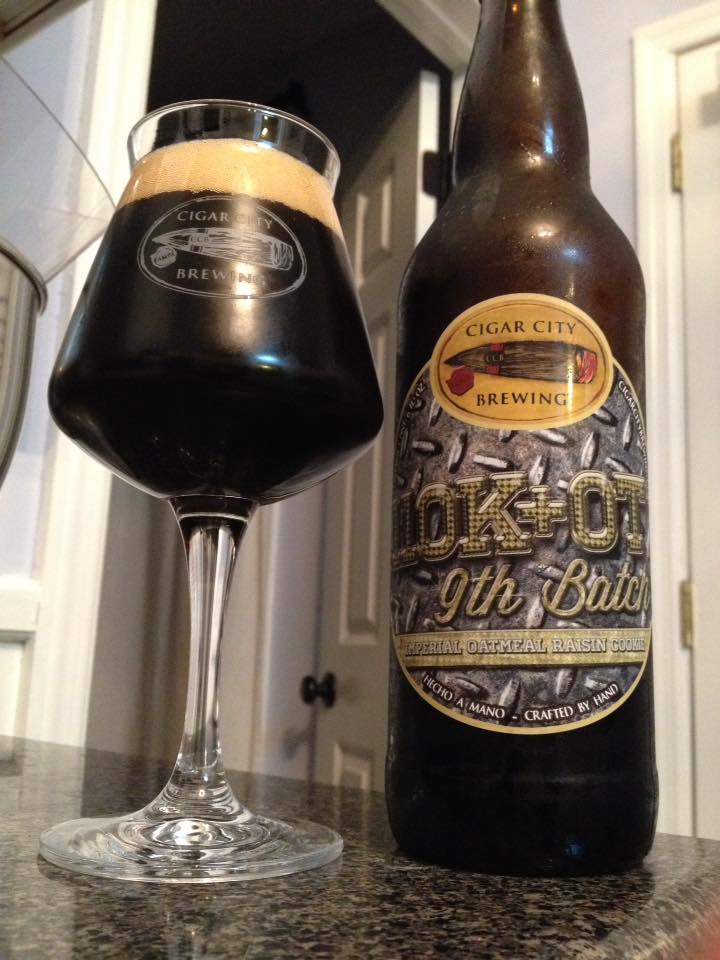 Cigar City Brewing 110k + OT Batch #9 is an Imperial American Brown Ale with raisins, vanilla and cinnamon added. No ABV listed, bottled on 12/16/16, opened on 02/27/17. I was thinking that I’ve had an Imperial Oatmeal Raisin Cookie Brown Ale from Cigar City at some point when I picked this up. Sure enough, they have brewed something at least similar to this in the past, and based on how much I liked it I am eager to open up this bottle right here!

The beer pours with a stout like dark brown color and has a pretty tan head, solid retention as well. Yes. Yes! YES! This beer smells exactly, and I mean EXACTLY, like an oatmeal raisin cookie. The oats, huge cinnamon, sweet raisins… it’s all there! I’m maybe getting just a touch of molasses and a hint of alcohol heat, but I’d swear this was a cookie if I was blindfolded. The taste is almost as perfect. The sweet raisins hit my palate first which is followed by oatmeal cookie and some sweet brown malt. The cinnamon isn’t quite as strong in the taste itself, but it does come out well into the aftertaste. Molasses is playing a big part in the flavor for me. A huge amount of alcohol heat kind of weighs the beer down a bit. The strong boozy notes in the flavor pulls away from the direct cookie comparison. The mouth-feel is pretty dense and slick, carbonation is on the lower side and it works well.

I’m finding it interesting that in my notes for the earlier incarnation of this beer I thought it tasted more like an oatmeal raisin cookie than smelled like one. With 100k + OT batch #9 the opposite is true. It’s a fantastic beer in any case, seek and enjoy. 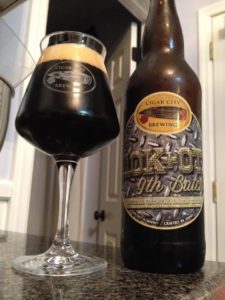