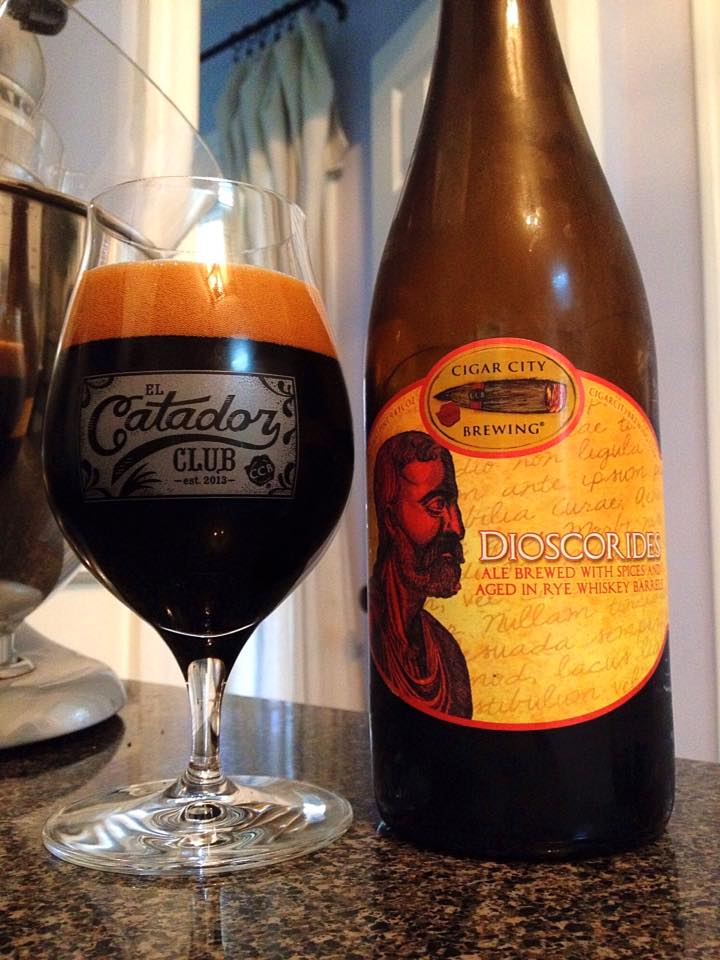 The beer pours with that classic thick oily black color I have come to know from CCB. A good looking dark tan head looks like it might even have a faint bit of red to it before it settles down to a ring around the glass. Sugary sweet on the nose with a huge amount of molasses and dark chocolate. The caraway seeds could have easily been overpowered, but they hang in there adding a subtle spicy black licorice note. The rye whiskey barrel is strong in the aroma as well, but any complex character it might have delivered is a little lost in the sweetness. The taste starts mildly sweet with some notes of caramel, fudge brownies, cherries and raisin. At this point I was expecting the massive sweet sipper you often get from El Catador beers, but this takes a 180 and turns almost shockingly dry. The combination of the caraway seeds and the oak from the barrel adds a slightly bitter and drying element to the flavor. A nice coating of caramel and vanilla immediately follows and leads to a whiskey soaked finish that has just the right amount of sweetness. The aftertaste leaves behind the anise-like quality of the seeds, though it is mild enough for someone like me who doesn’t “love” that flavor.

As amazing as these club beers have been, I’ve rarely been surprised by any of them. That has now changed. I did not expect this kind of flavor profile from Dioscorides, especially after the aroma! 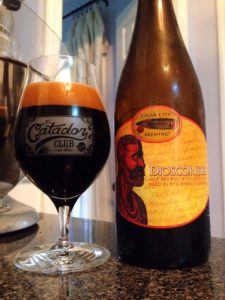