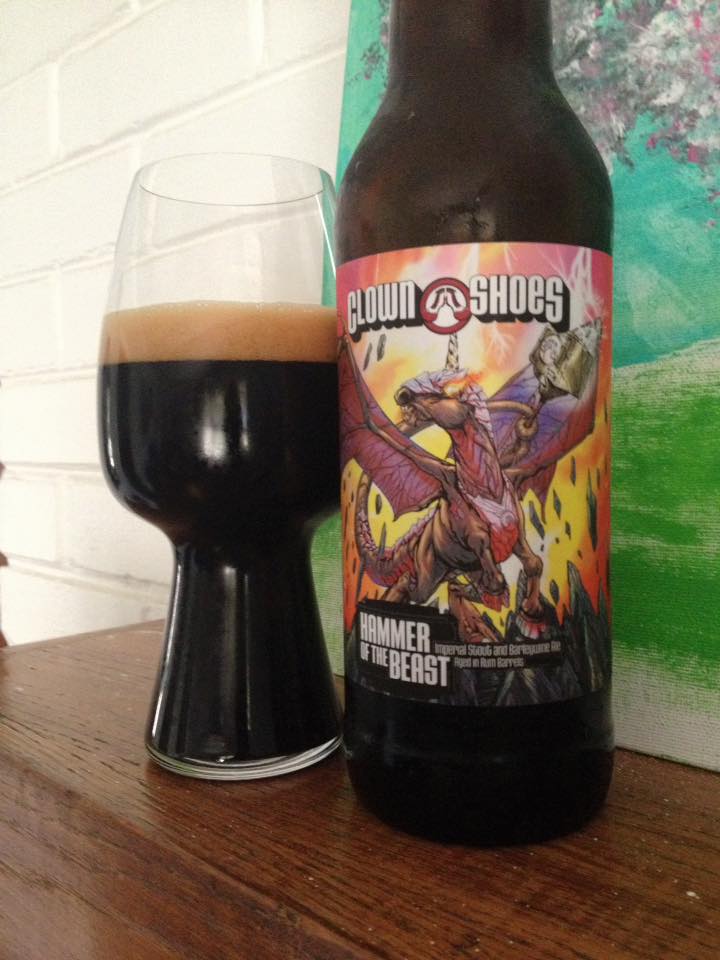 Clown Shoes Hammer Of The Beast

Clown Shoes Hammer Of The Beast is an American Strong Ale, 11.75% ABV. The date on the bottle neck double printed and overlaps itself a bit, but it looks like this was packaged on 10/13/16. From the label: The fifth installment in The Beast Series blends equal part Undead Party Crasher, Billionaire, and Blaecorn Unidragon, all aged in rum barrels.

The beer seems to be a black color, but the more I look at it the more I see a touch of a caramel red tone to this. The head has a pretty coffee tan color that settles down to a thick layer on the beer. A big sweet aroma with rich malts, caramel syrup, a touch of roasted coffee, a subtle amount of rum barrel and underlying smoke. I think the aroma is more Stout than it is Barleywine, it’s a beast either way. Just about anything you could want in a big beer is in the flavor of Hammer Of The Beast. Smooth milk chocolate, toffee, vanilla, brown sugar, subtle coffee, roasted malt, caramel, mild nuttiness, vanilla, dark fruit, sweet rum, some molasses and a dry leather note. No joke, each sip fluctuates between the plethora of flavors that’s in the beer. A good amount of alcohol burn melds with the barrel aging. The feel is slick and smooth, but not quite as full as I anticipated.

It is a little hard to tell where the sweetness of the blended beers ends and where the rum barrel begins… and that is just fine with me. 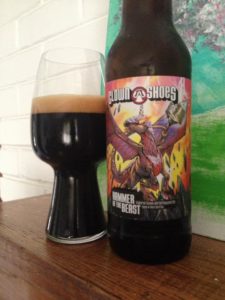