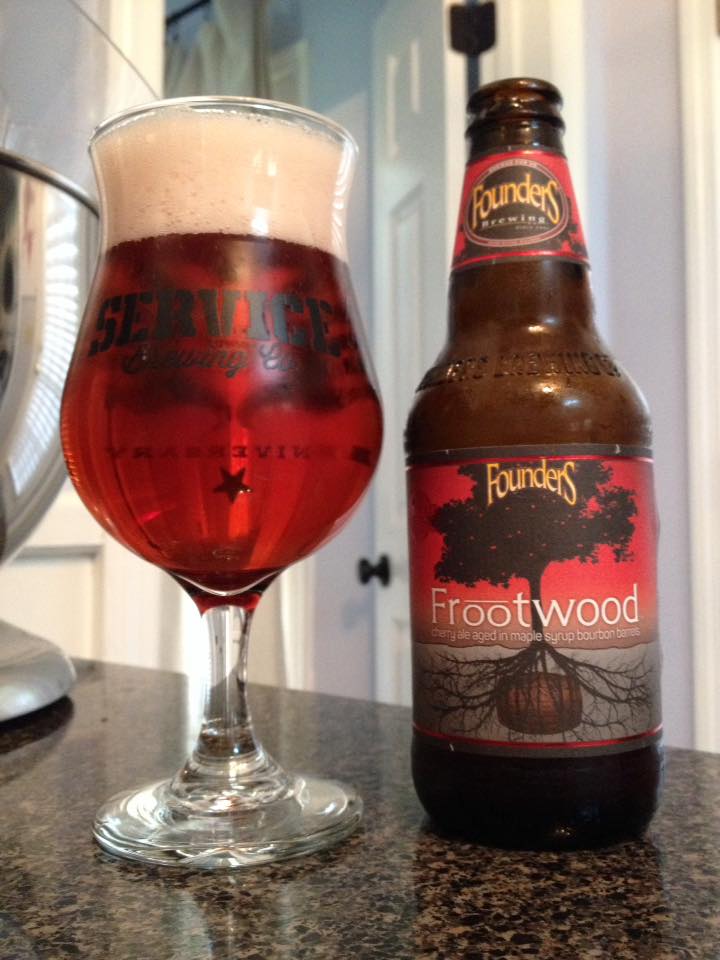 Founders Frootwood is a Fruit Beer, 8% ABV. This Cherry Ale was aged in maple syrup bourbon barrels. Bottled on 12/20/16, opened on 02/25/17. This is the first beer of the freshly launched Barrel Aged Series. It looks like the new line up of six barrel aged beers (which includes critically acclaimed KBS and Backwoods Bastard) is replacing the Backstage Series.

The beer pours with a natural cherry red/orange color that is mostly clear. A pretty white head grows on top of the beer and settles down to nice ring around the glass. The nose is an explosion of aromatic oak, sweet maple, cherry and straight bourbon. Complex flavors come together quite well in the taste. Sweet maple syrup starts to coat the taste buds before I can even get a full sip into my mouth. The sugary sweetness is soon joined by intense bourbon, sweet vanilla, and notes of cherry pie. A little spice comes into play with a heavy pinch of cinnamon most obvious. The maple syrup makes a return on the finish and blends with the bourbon and tart cherry into the aftertaste.

I was looking forward to this when I heard it was to be released so I took a shot on a full four pack, and I’m glad I did! This is a flavorful (and surprisingly drinkable) barrel aged dessert beer. 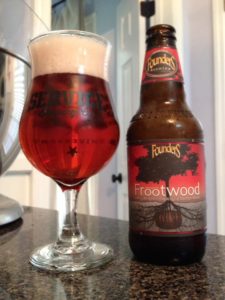