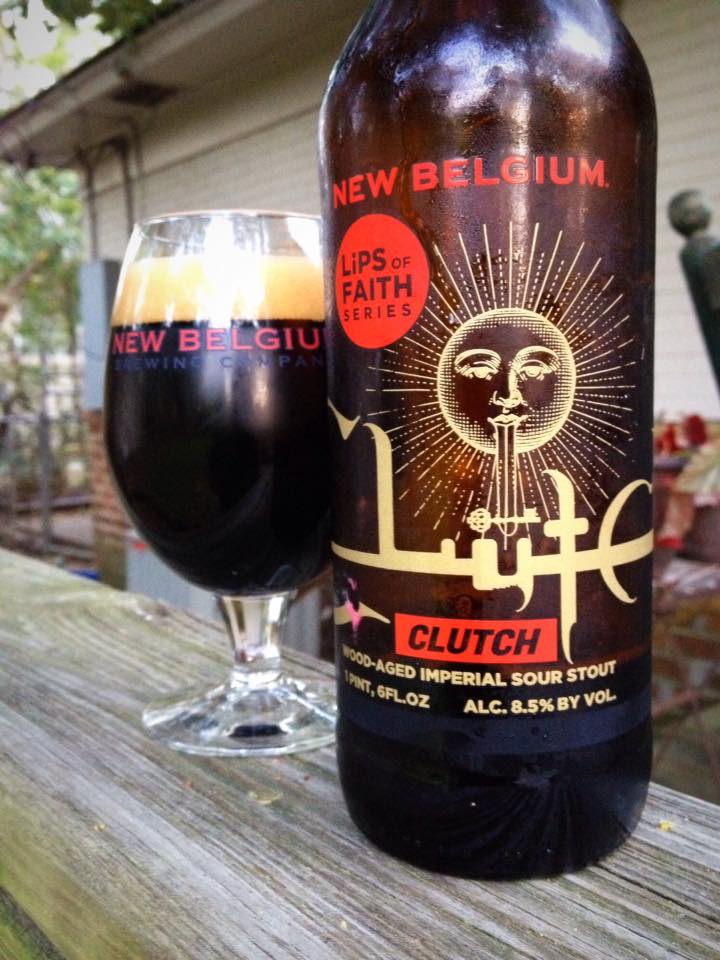 New Belgium Clutch is an American Wild Ale, 9.5% ABV, best by date of 05/06/18. This Lips Of Faith Series beer was originally billed as an 80/20% mix of Stout/Sour brewed as a “Collabeeration” with the band Clutch in 2011. The new 2016 vintage refers to this as a Wood-aged Imperial Sour Stout.

The beer pours with an extreme dark cola color and has a light tan head that settles down after a few minutes. The aroma is slightly sour, with a strong amount of chocolate and carob, and some mild oaky vanilla. There is just a bit of a tart cherry thing on the nose as well. The taste is much more mild than I was hoping for in a 9.5% Stout! Strong carob and some slightly chalky bakers chocolate is complimented by a good bit of tart cherry in the taste. The sourness does open up a little bit as the beer warms… but that’s about it folks. The mouth-feel becomes unfortunately watery half way through the taste. I’d call this a simple, but tasty Cherry Porter maybe?

Not a bad beer by any stretch, but I think I was expecting, or remembered something more to this one. 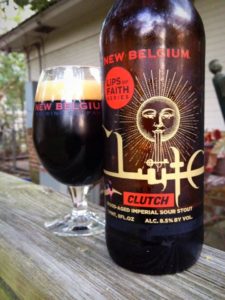