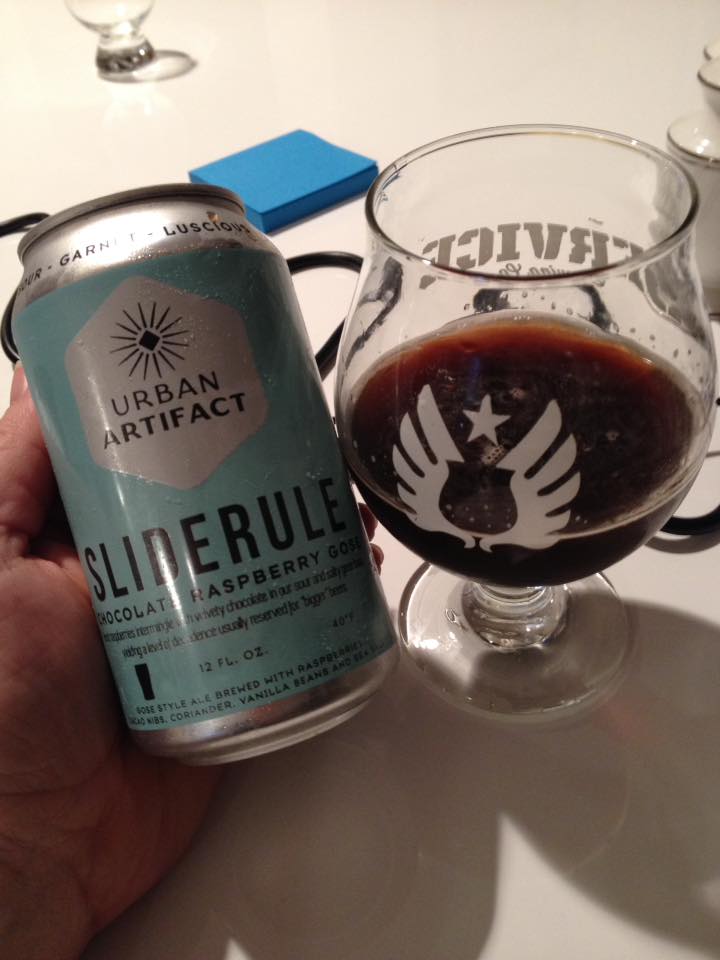 Urban Artifact Sliderule is a Gose, 4.9% ABV. This Chocolate Raspberry Gose is brewed with raspberries, cocoa nibs, coriander vanilla beans and sea salt. Not the combination of flavors I tend to look for in a Gose, but still excited to try something pretty far outside of the box. Thanks to Lee for sharing the beer Trent gave to him!

The beer pours with a hazy mud brown and purple color. I don’t know that I’ve ever seen a beer with quite this color combo before. A good bit of raspberry on the nose that blends with some classic Gose style salty tartness. If I work hard enough I can kind of get a little chocolate on the nose as well. The salt hits the palate along with some tart and sweet raspberries upfront. The chocolate is harder to find, but there is a chalky like flavor/feel that reminds of bakers chocolate. Some lactic like sourness also comes in on the finish. I was a little disappointed that there wasn’t more chocolate at first, but I think it is actually at just the right subtle amount.

I don’t think this one would be something I would return to, but I am thrilled that I got to try such a unique beer. I was doubtful before I tried it, but this well crafted beer is worth a try. 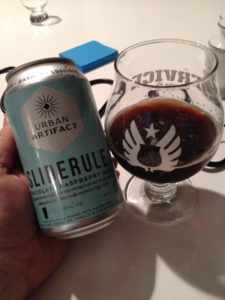